This page is dedicated to dogs who have been owned by us, or been inspirational to us over the years, many are to be found within the Wicani family pedigrees.

First to be presented is Corydon Regality at Rokeby (Jane)
Bred by Mrs. Betty Eglin from the Brother/sister mating of Champions Royal Ace and Romney of Rokeby.
Jane was destined to be the cornerstone of the famous Corydon dynasty producing the ever lovely and extremely productive brood bitch, Ch Corydon Qui Vive.
Jane is double granddam of both Ch. Corydon Hippolyta and Ch Everlovin Emily at Corydon and also granddam to Ch Duntiblae Robroy at Walsmanor, Ch Corydon Quinault, Corydon Old King Cole (1cc) and our own lovely foundation bitch Queen Leila at Corydon (1cc) amongst many others. She lived throughout her productive years at the Corydon kennel but retired age seven years to my home where she lived out her retirement in front of our fire. The photo is from our personal archives and taken when Jane was nine and a half years of age.
You can see where my love of refinement and true regality developed...she was true to her name! 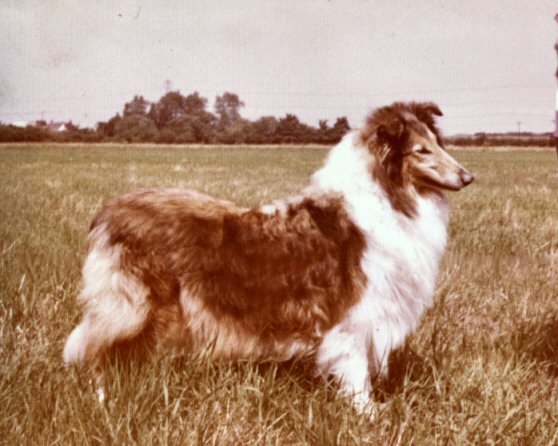 another lovely brood bitch we were lucky enough to own is Stokedale Sea Shadow at Wicani, Jodie can be found behind many of our present day Collies being the granddam to Wicani Willow Wren and also Wicani Darkmoon Dancer. She is 2 years of age on the photograph and reminds me in so many ways of her lovely tricolour descendant Wicani Wrenee Dessard. .
She was a daughter of Ch Kourika Mantika at Troydon ex Stokedale Secret Love and was line bred on Stelroy Rhythm 'n Blues at Stokedale, granddaughter of our very first homebred bitch Vallymist Violet Princess who in turn was a great granddaughter of Corydon Regality of Rokeby (above). 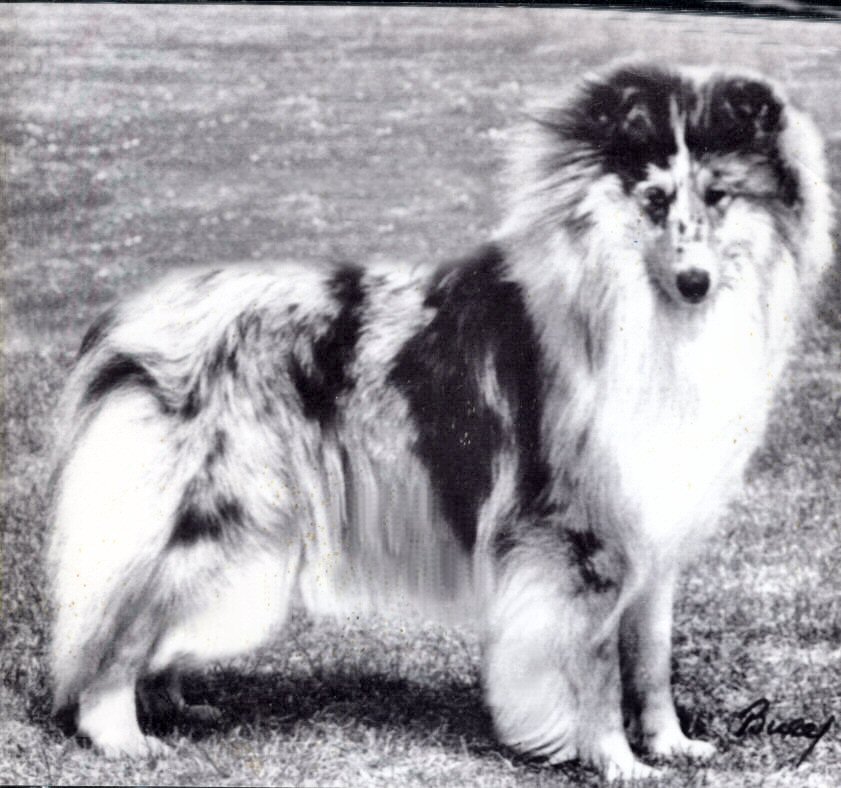 this page would never be complete without an honorary mention and dedication to our first English Champion Wicani Darling buds of May. Linnet survived Parvovirus age 5 months along with three of her litter brothers, one other died (he was pick of litter) We had rescued a bitch who was incubating this dreaded disease and she kindly repaid us by passing it on to everything under the age of 6 months.
One month later and whilst still in a weak state the litter somehow contracted leptospirosis.....another brother died...but our lovely Linnet, and litter brothers Wild Mayl-Strom (Robin) and Frost in May (Chaos) survived......definitely made of strong stuff...!!!!.
Just two months later Linnet took Best puppy in Show at her first show and never looked back, what a star, and she went on to produce two litters and is behind many of our winning team....certainly an inspiration!.
She has now lost her glorious clear silver colour which she held until the age of nine, but is still very active and one of the best moving Collies i have ever seen. At ten years of age she can still clear a three foot fence and manages her daily three mile up hill walk with ease (more than can be said for me) and she retains her position as Alfa female. She looks much younger than her age and has lost only one tooth over the years .....long may she continue her reign.
Another great representative of our Breed, a fabulous brood bitch and head of the legendary Rokeby Collies, was Ch Witchcarft of Rokeby. To this day 'Crafty' inspires me with her elegance of construction and overall refinement, she and many of her descendants created a 'living standard' for me in my early days of study within our breed. Line bred to the fabulously constructed Ch Gunner of Glenturret through her two grandsires Ch Jefsfire Strollaway and Ch Danvis Demascus, Witchcraft consistently passed on this glorious shape with beautiful arch of neck and sweep of stifle.